Quick Guide to Closures In Javascript

In this blog, I will be explaining one of the important features of JS which is Closures and why we need them. So let's dive in.

Understanding Closure will help in understanding the other concepts in JS, like Higher-order functions and currying.

Generally, Higher-order functions do either of these two

Let's take a look at an example, 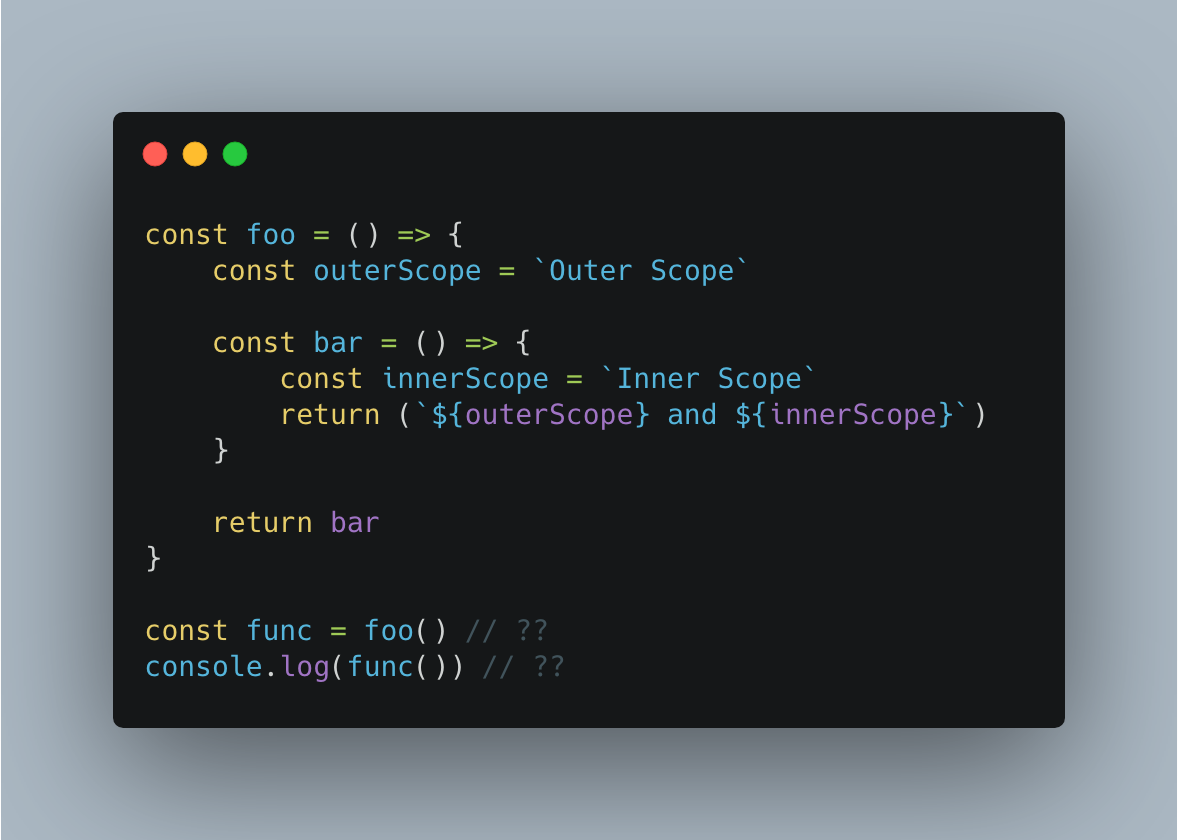 You would have thought, like how the bar was able to access outerScope. It should not be possible, as the instance of the outerScope created in the local memory will be erased once the execution of foo is complete. There is also no reference to the variable present in the global scope.

But Javascript makes it possible. When the function foo is called, both variable OuterScope and the function bar will be created inside the local memory that shares the same lexical environment. Due to which when bar is returned from the foo it will have access to the surrounding variables during the time of its declaration.

A closure is the combination of the function and the lexical environment within which it has been created.

Technical Definition according to MDN#

Technically, A closure is the combination of a function bundled together (enclosed) with references to its surrounding state (the lexical environment). In other words, closure gives you access to the scope of outer function from the inner function

How can we view the data returned with the inner function?

Generally, when a function is created, it will have hidden value [[scope]] where it will contain all the information about the data that is being returned with the function.[[scope]] is not accessible.

If we run the following in the chrome dev tools

We will get the following result in the console.

Now a real-world example on closure,

Let us break it down.

Below is the screenshot for the above code snippet that depicts the value stored in [[scope]] for every function call. 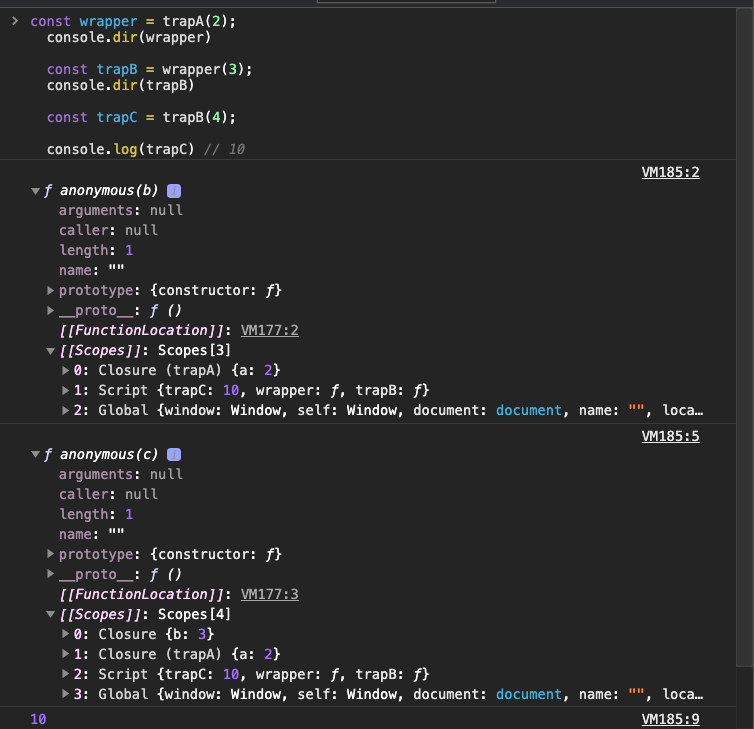 With Closures, we can emulate the concept of the private method in Javascript, as they are not available natively. Let's see an example of how we can achieve that via closure 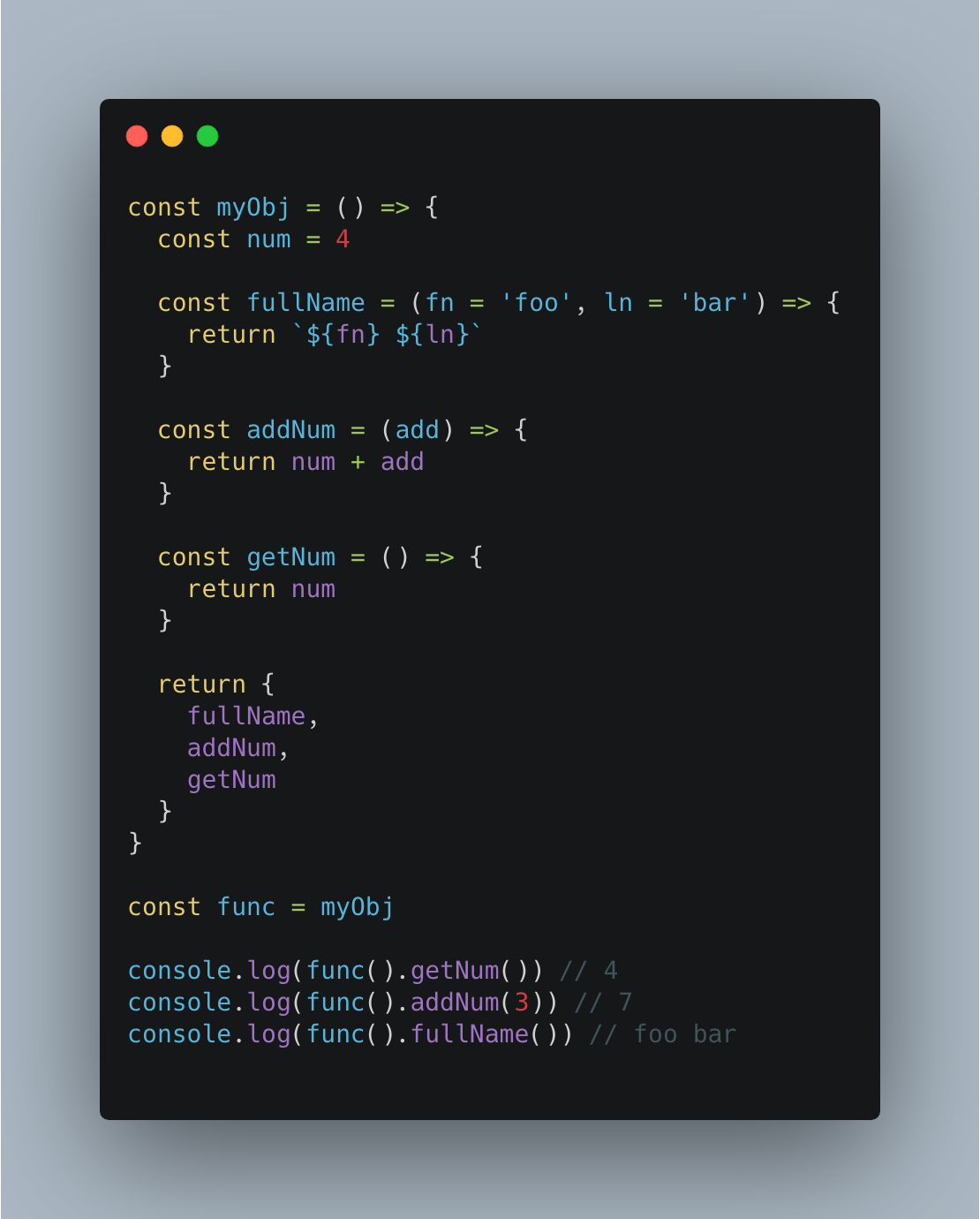 Based on the above code snippet, three functions fullName, addNum, and getNum share the same lexical environment, and thanks to Javascript's closure concept it will access the variable num and it won't be accessible outside of the function.

That's a wrap on Closures. Thank you for your time and I hope everyone understood the concept. Any suggestions and critics are most welcome.